Sometimes I really love New York. Like I’ll be standing on the street corner waiting for the light to change, taking in deep breaths of car exhaust and watching a fat man trying to clamber out of a taxi and I’ll think to myself “Wow this is the best place on Earth.”

This sudden overwhelming love for the city nearly always happens when I’m holding a takeaway bag full of Vanessa’s dumplings. So maybe it’s the dumplings. 8 dumplings for $3 can inspire love in the coldest of hearts. 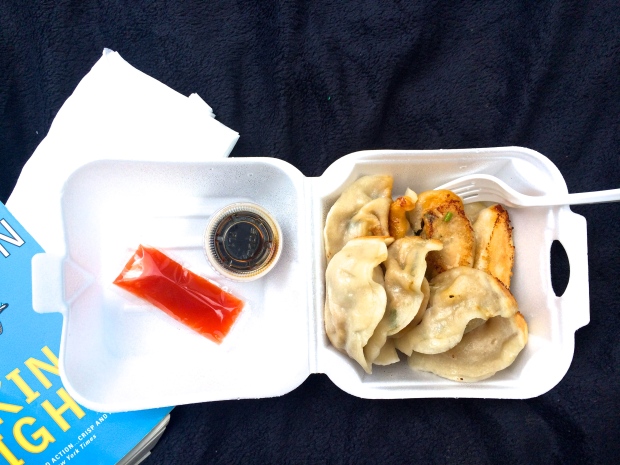 Living off of Vanessa’s Dumplings

Yesterday Matthew and I walked from Central Park (59th St.) back to 14th St. and it was muggy and slightly raining and I felt like I was in a different city. How could it have gone from 40 degrees to 80 degrees in just a couple of weeks? New York skipped spring altogether.

Watching the sunset from Kimmel while taking a study break.

My finals week was unnecessarily stressful. But the moments when I felt like I would collapse from lack of sleep were made up for by the fun times hanging out with my friends making tacos & cakes, looking at funky art, going on picnics, and eating ice cream like every day. 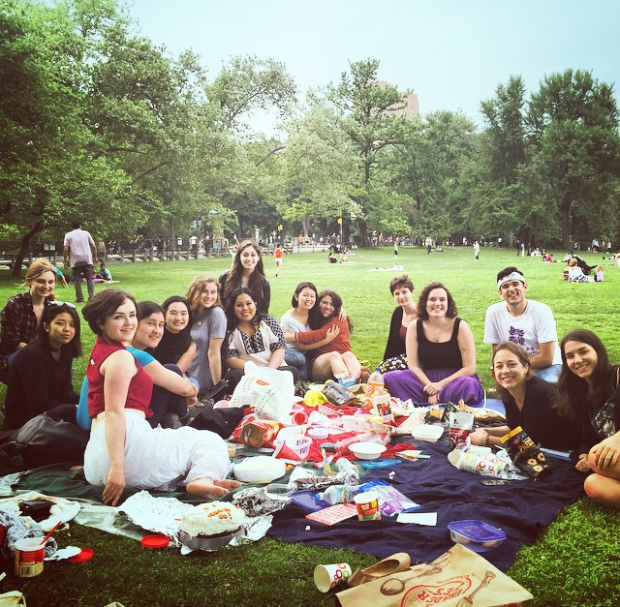 One thought on “Five Things”