Like the people who lived in eighteenth century British high society, I believe in the restorative powers of the sea.

I originally thought this was just a me thing. When I first moved to France it was the first time I had ever been in a city that wasn’t a quick drive away from the beach. To combat the claustrophobia I felt being landlocked, I would go sit by the Seine, breathing in the dirty air and listening to the choppy waves hit the brick walls in an effort to calm down.

Now I’m back in France, back in a landlocked town. To be fair, it’s not so far from the sea which is why going to the beach was my first stop once I hit my first two week vacation. (Yeah I know, I literally just started working a few weeks ago. French schools get a two-week fall break and it is the best thing Ever.)

I didn’t go to a French beach however, which is probably sacrilegious to the Normands of my town, but I won’t tell if you don’t. Instead, I headed to London to visit my friend Jenna and we went to Brighton together. 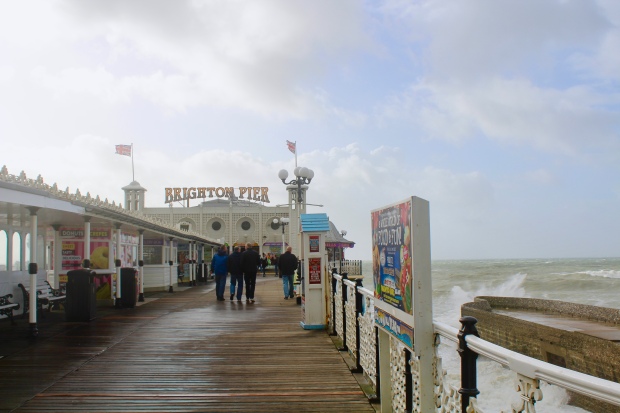 The weather was a crazy mix of extreme wind, sunny spots and occasional rainstorms. 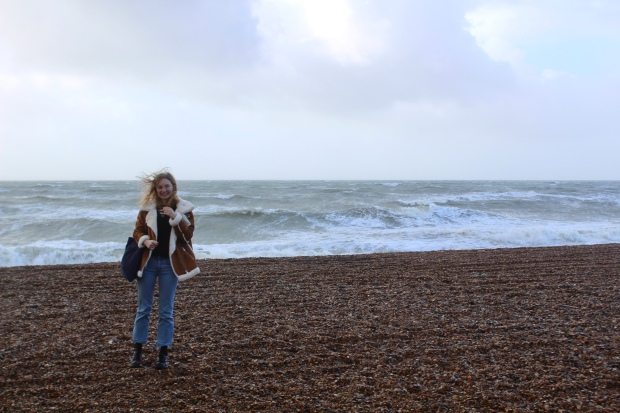 Jenna grew up near the ocean, too, and when she told me that she never feels as relaxed as she does when she’s by the sea, I felt like we were two eighteenth century British ladies, diagnosed to go live by the ocean to improve their health.

Inspo, after going to the Brighton University’s print and design festival.

We only spent one day by the sea, but I did feel like it helped. Or maybe it was just the company, that comfort of being near a friend who’s going through something similar to you: living in those weird months after graduation, working your way through a new job, a new home, a new life.

Or maybe it was the cake I ate while I was there.