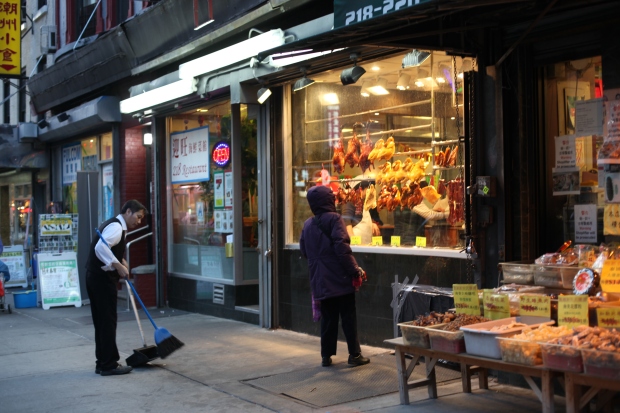 Chelsea’s gallery district has reigned as the heart of the city’s contemporary art movement since the late 1990s.

But could skyrocketing rents, coupled to the availability of cheaper options in other parts of the city, mean the district is losing some of its cachet with gallerists?

An August 2016 report by StreetEasy found that real estate prices near the High Line had increased by nearly 50 percent since the park’s opening in 2011.

Longtime Chelsea gallerists have recently made the move to the Lower East Side (Danziger Gallery and CRG), and new galleries are skipping over Chelsea altogether and setting up shop downtown (Magenta Plains, for example, which opened on Allen Street, just north of Broome Street, last year).

Gallerists have also set their sights on Chinatown. Marc Straus, who has been collecting art since he was in college, opened his gallery at 299 Grand St., near Allen, in 2011.

Straus is now planning on tearing down three nearly 200-year-old buildings at 282-286 Grand St. that he also owns and developing an 8-story luxury condominium building with an attached 6,000 square feet of gallery space on their footprint.