Nestled in the cobblestones in front of the Notre Dame is a small medallion which marks Point Zero, the very center of Paris. There is a legend that if you stand on that small medallion, you are sure to return to Paris someday.

The legend must be true because just over a year later, I am back in the city of light.

After my first few hectic days here I am finally remembering how to live the relaxed life of the Parisian and falling into a routine: wake up, go to a cafe, write or read, eat lunch somewhere scenic, go to class and listen to Zadie Smith while trying not to fall in love with her, have a late dinner, then go to bed and repeat the same thing the next day.

View from my window.

Paris has not changed much. The pastries are still decadently delicious, the Canadian man at Abbey Bookshop still gives out coffee with maple syrup, Lidl is still ridiculously cheap, and cigarette smoke still wafts through my window in the evenings. It feels safe and happy, if a bit nostalgic. 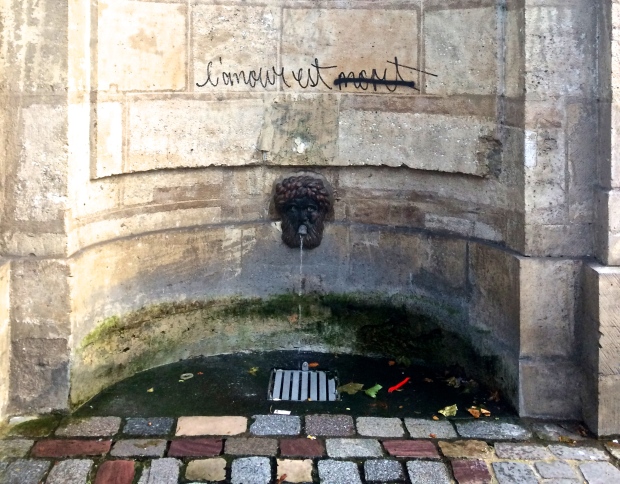 Some things are different: the statue at République covered in memorials for the Charlie Hebdo victims.

I think so far what I am enjoying the most is the eagerness of everyone in my writing program. I suppose you have to be eager to take summer courses, but the difference is that it is not about academics at all. We are here because we have a desire to become better writers and better readers. I don’t think I’ve ever had such attentive classmates.

And at first I thought that there would be some snobs–you know, those creative writing students who brag about the book they just finished writing and the new project they just started while you’re sitting there with a multitude of half written short stories and a blog that you keep forgetting to update. Instead, everyone in the program is earnest, honest, and supportive of each other. (Not to mention the Zadie Smith fan club we have going on). 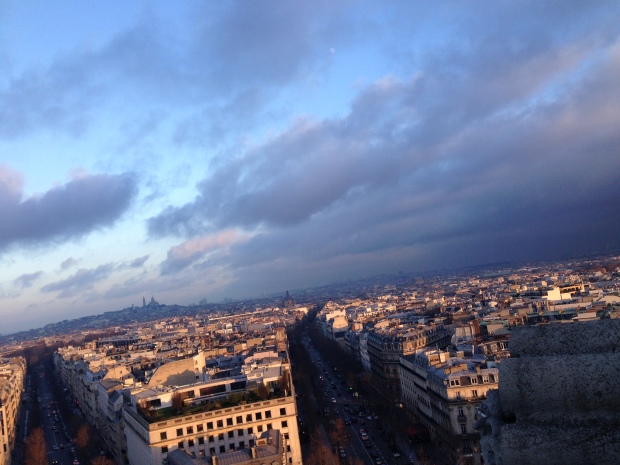 As I was sitting in class yesterday listening to a discussion on Nabokov’s Pnin, I got lost for a second wishing that other people could experience the same thing I was at that moment. Everyone deserves to be in Paris listening to one of their favorite authors talk about literature.

One thought on “Paris Encore”