Sometimes I don’t realize the potential I have to do things until I am actually doing them. Like driving from Savannah, Georgia to New York City in one day. Or eating three beignets all in one go.

I’ve never been one for spontaneity even though I would like to be. I don’t know where it comes from, but I am a planner. I like to have things booked and ready, with four back up plans and every worst-case scenario thought of. So getting in a car on a rainy Saturday morning with three other people with only an end destination (New Orleans) and a few vague ideas for stops along the way would normally cause me extreme panic.

But I rolled down the car window and threw my normally overbearing caution right into the wind. 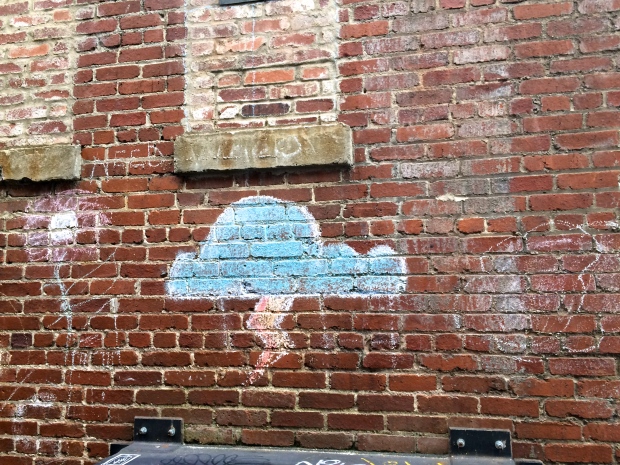 It wasn’t like one of those “I’m going to find myself” trips, but it was delightfully distracting from everything else in the world. The warm sun was therapeutic. I laughed so hard and so often, which I’m pretty sure had healing affects on my body. And despite my sleep schedule being totally backwards after that last all-nighter, I feel surprisingly rested. 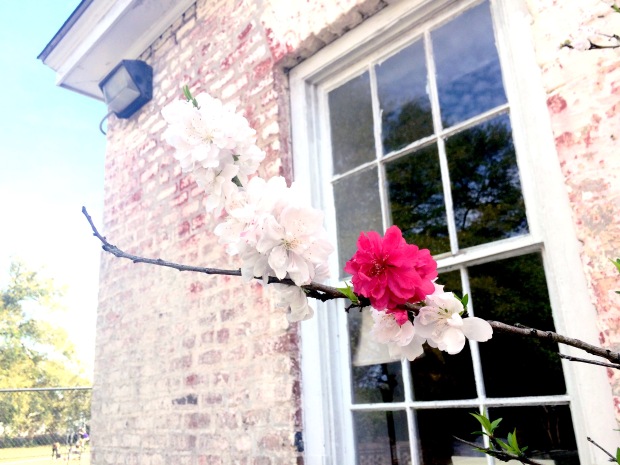 The cherry blossoms in Charleston, SC were ridiculously beautiful. 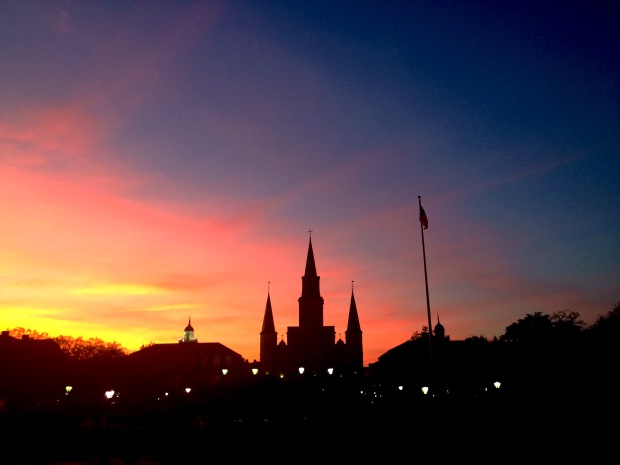 Sunset at the St. Louis Cathedral in the French District of New Orleans.

Our groovy motel outside of New Orleans. 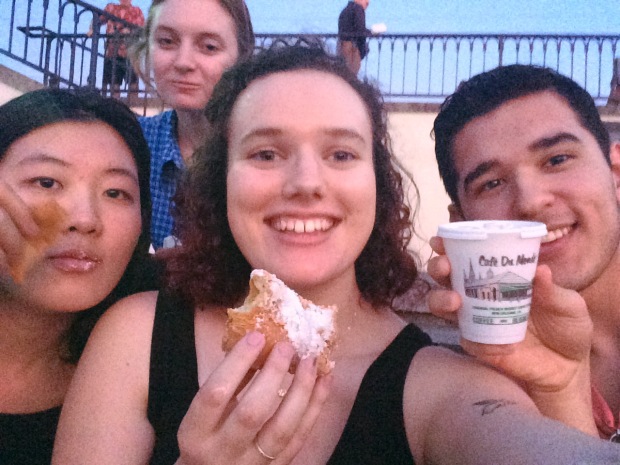 My favorite photo from the trip because we were eating beignets and they were so delicious.

And I do have the potential to do things in the present, like find a motel at 3 a.m. and parallel park in Washington DC. (I’ll admit it was an easy parallel park because there was a lot of space in front of me, but I’m still proud.)