It was balmy spring weather yesterday, with blinding sun and bluer than blue skies, so the contrast I experienced as I stepped into the air conditioned, low lit Robert Mapplethorpe exhibit at the Grand Palais only enhanced my transportation into a world of black and white photographs, edgy homoeroticism of the 1980’s, and New York City grunge.

Reading Patti Smith’s memoir Just Kids last semester was my first exposure to Robert Mapplethorpe. It was easy to fall in love with the photographer while reading about him through the eyes of Patti Smith, his lover, muse, and best friend, so I was eager to see his work through the eyes of a French museum curator.

The exhibit was beautifully done, focusing on Mapplethorpe’s love for aesthetics and bodies. Grey walls with dim purple lights gave the room a calming feel, while highlighting the black and white photographs. Mapplethorpe’s photographs of sculptures are enchanting, with wonderful curves and smooth looking skin, and set next to his photographs of bodies it is easy to see how he felt his work to be a modern version of sculpting.

The beauty of his bodies–and what I think separates them from being like sculptures–is not in their perfection but in their faults. In the photographs of humans, Mapplethorpe not only captures the aesthetics of a human body but also its human imperfections. You would never see a thin white scar on the arm of Michelangelo’s David, or chapped lips on a sculpted Cupid. 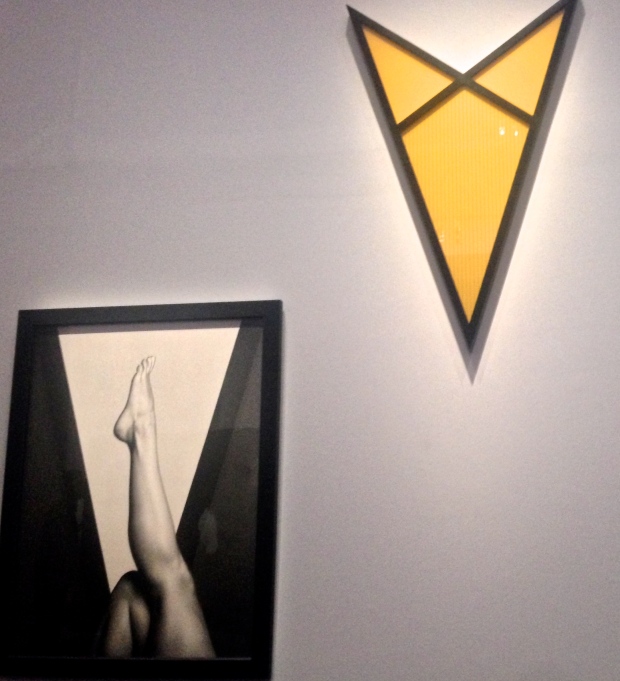 Most of Mapplethorpe’s work was in black and white, but the exhibit took time to display his color photographs of flowers, resulting in a breathtaking contrast.

The largest section of the exhibit was Mapplethorpe’s portraiture, which was kind of like a game of guess who, especially for someone (like me) who doesn’t know too much about the crème de la crème of the 80’s. From Andy Warhol’s unsmiling face in the center spread a wall of portraits of actors, artists, musicians, and elites. 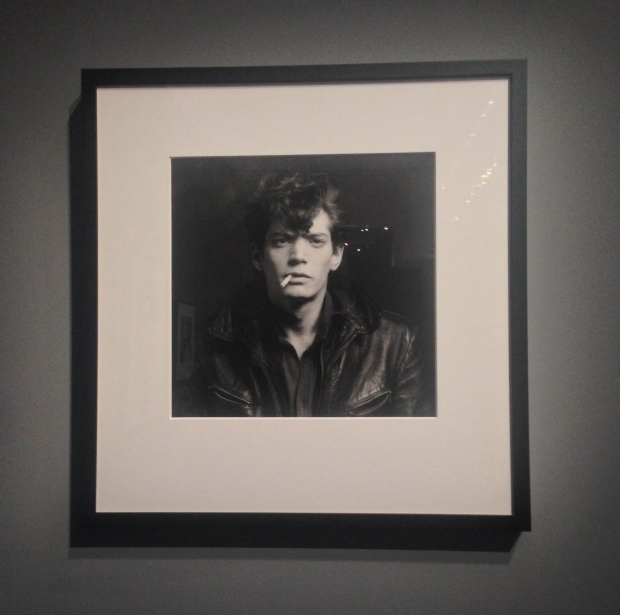 My favorite were Mapplethorpe’s self portraits because there is nothing quite like looking the artist right in the eyes, and wondering how they did it. After reading in Patti Smith’s memoir about how hard Mapplethorpe worked, it made me feel glad that his dedication to his art payed off in the end. And seeing it all collected together in the largest museum retrospective ever dedicated to Mapplethorpe left me feeling inspired and hopeful. 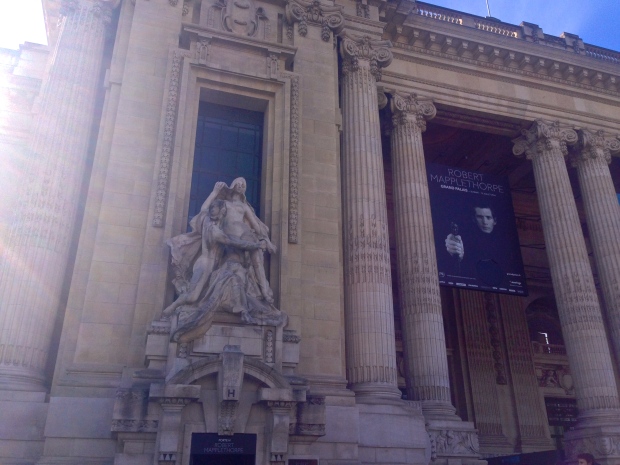 When I stepped back into the bright Parisian sun, under the shadow of the magnificent Grand Palais, I realized that I was in the perfect setting to be inspired.

The exhibition will be at the Grand Palais, Galerie sud-est until 13 July, 2014.