A spontaneously planned trip is always rather exciting and is made more exciting by a wild bus ride and a new city to explore, but I really do recommend taking the train if you go to London. It’s much quicker. 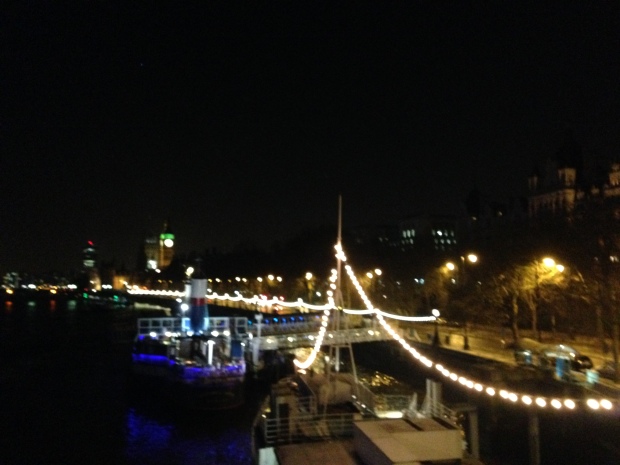 A clear and cold London evening.

Yes, I did just go to London about a month ago, but I guess I liked it so much I couldn’t stay away. And this trip had a much different purpose to the last. Instead of just touring, my friend Judy and I were on a mission, a very specific mission that involved one actor named Tom Hiddleston and our one chance to see him in his beautiful-ness in the play Coriolanus which was on its last weekend at the Donmar Warehouse in London.

It was dark and stormy Thursday evening when Judy and I boarded our coach to London, and after a night of little sleep, a bus driver who didn’t speak English or French, and a delayed ferry ride, we arrived in London on Friday morning around 8 AM. 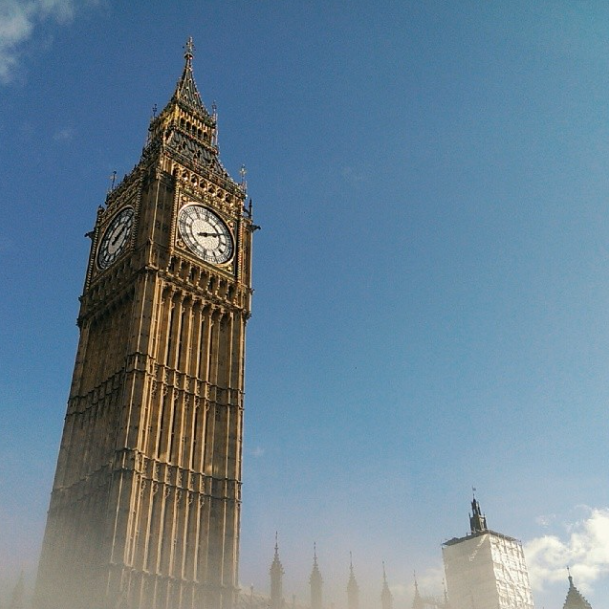 It was beautiful on Friday, and after some friendly deli workers offered to watch our bags all day (if anyone ever tells you that Londoners are rude, they are very wrong) Judy and I toured the city with a sudden burst of energy.

We stayed that evening with my sister’s former house mom from the time she spent a semester in London.  Having just read The Fellowship of the Ring, I felt a bit as if Judy and I were two hobbits, traveling through a strange land and receiving the nicest hospitality from people that we barely knew. We had a lovely dinner and slept peacefully in warm beds.

The next morning arrived quickly and we set off before sunrise to line up for day tickets to see T-Hiddles in Coriolanus only to arrive to a line full of people who had been there all night, too long for us to have the slightest chance at tickets. So, to avoid waiting in line for three hours only to be turned away empty-handed, Judy and I went to our second choice, the play Mojo starring Rupert Grint, Ben Whishaw, Colin Morgan, and Brendan Coyle (or as I like to call him, Mr. Bates). 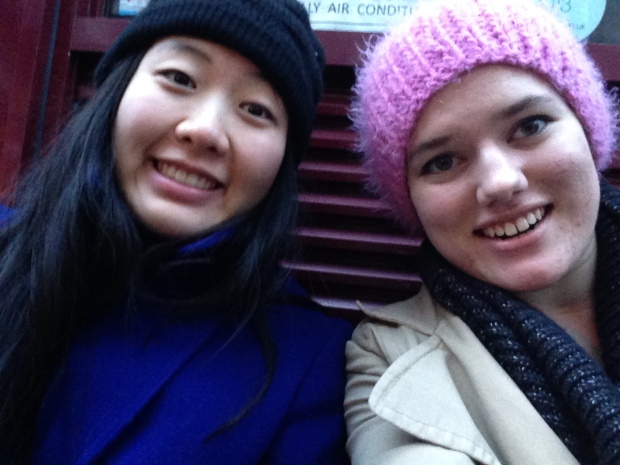 Waiting in line to get tickets. Cold but worth it.

While in line, and throughout the rest of the trip, Judy and I often found ourselves wondering which celebrities would we queue in line all night for. (Next time you’re a party and there’s an awkward silence, it’s a question that will get people talking.)

After procuring our tickets, we set about enjoying London and were out and about for over 18 hours. (After counting up those hours I realize why I feel so tired today.) 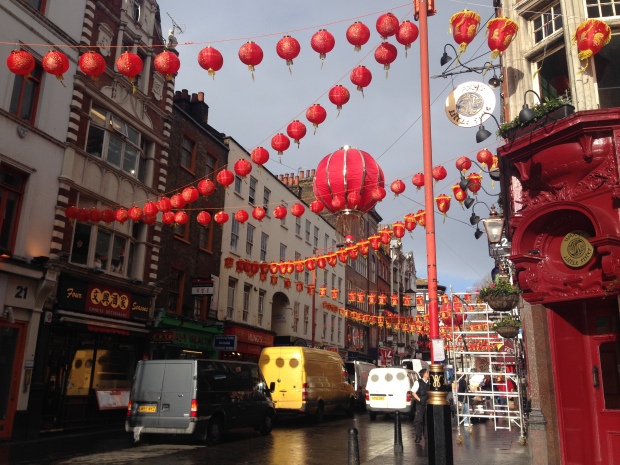 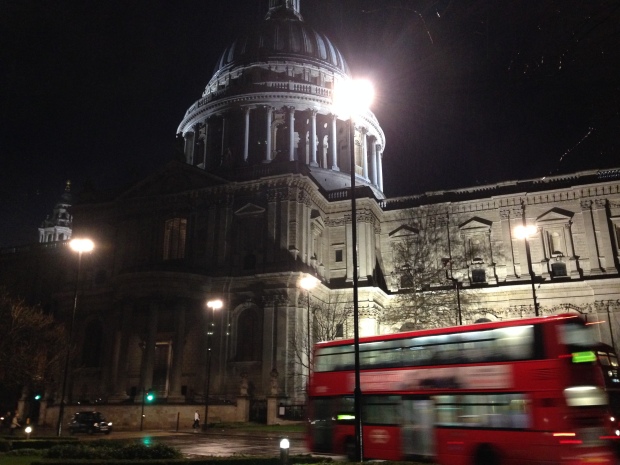 Outside of St. Paul’s Cathedral. 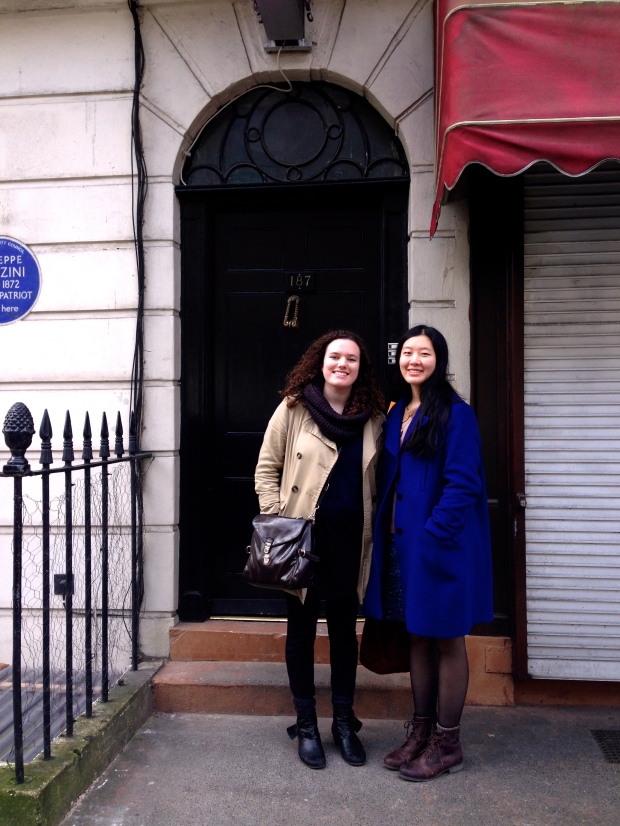 The faux 221B from BBC’s Sherlock. 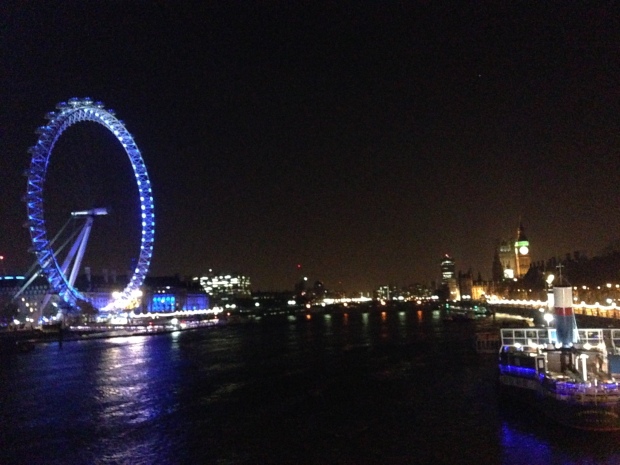 So we may not have been able to see Tom Hiddleston take his shirt off in the much talked about shower scene of Coriolanus, but we still had a wonderful time in London (and got to see Ben Whishaw take his shirt off which was just as good really).